David & Jessica B. From North Plainfield in Union County, New Jersey called when a fish tank being filled by David the night before was discovered the following day flooding the entire finished basement. When we arrived we immediately set up our HVE 3000 (High Volume Extractor) Flood Pumper and remove all the standing water.
We then set up professional Dri-Eaz water damage dryers & dehumidifiers. When we returned the following day we ripped up & discarded all the unsalvageable carpet, padding, tackless. We also removed the wall molding and recommended that a 1-foot flood cut be performed and any wet unsalvageable insulation be removed in order to prevent mold from developing. We took “No Deductible,” from the homeowner and simply billed the insurance for all our mitigation performed. We left homeowners a remodeling estimate for them to see the real cost of what the insurance should pay before an insurance adjuster inspects and more often than not low ball the estimate. 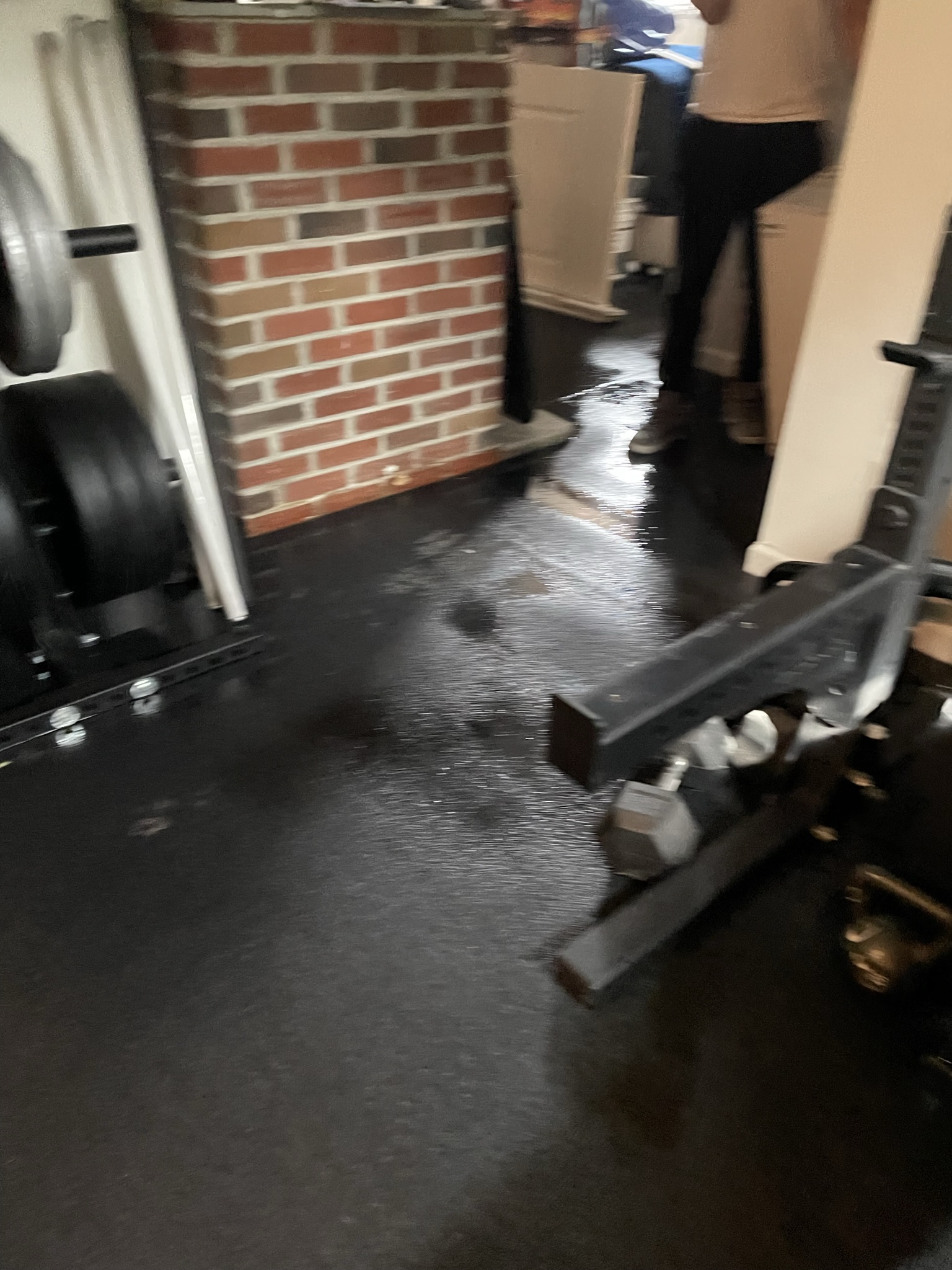 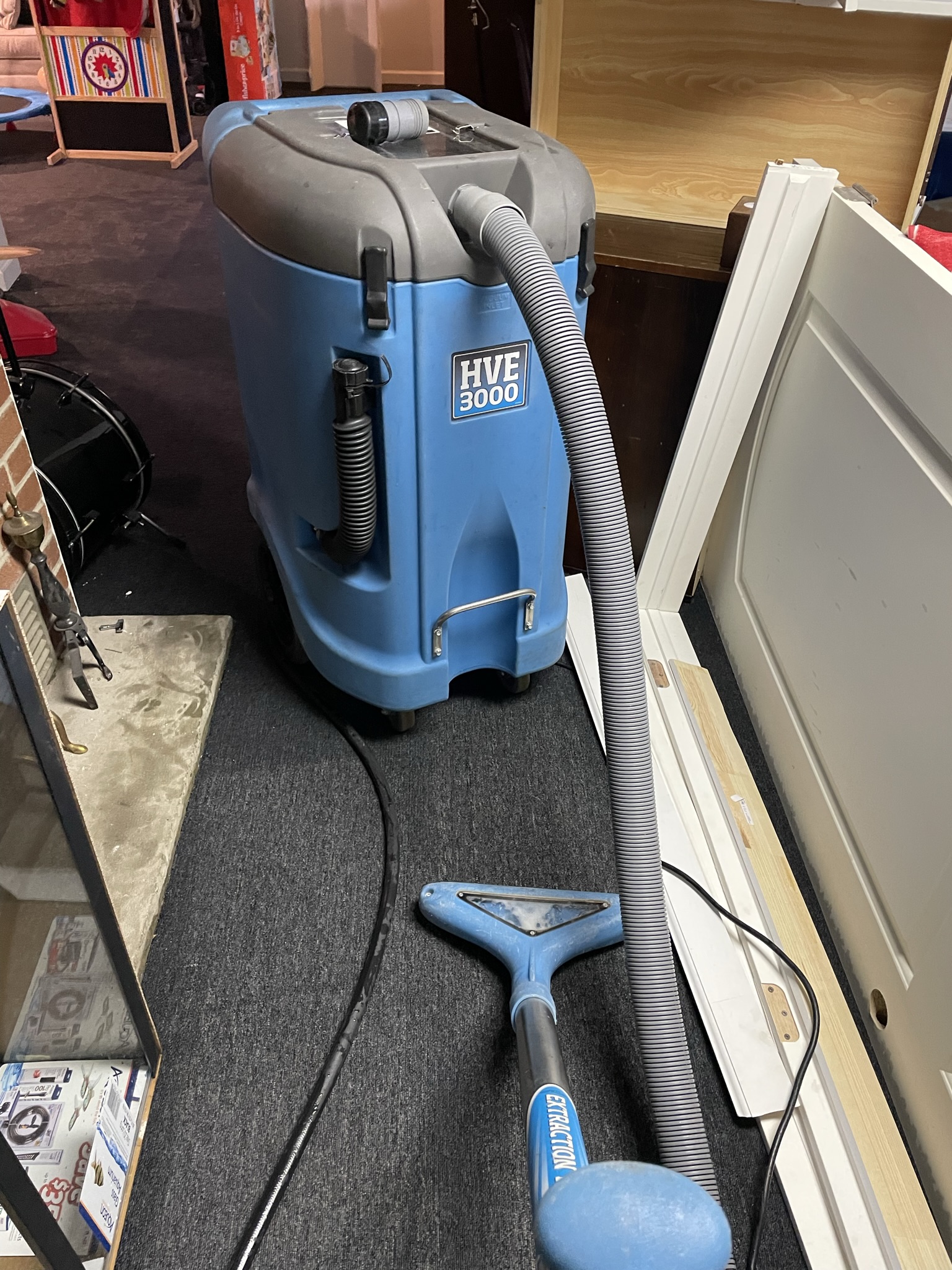 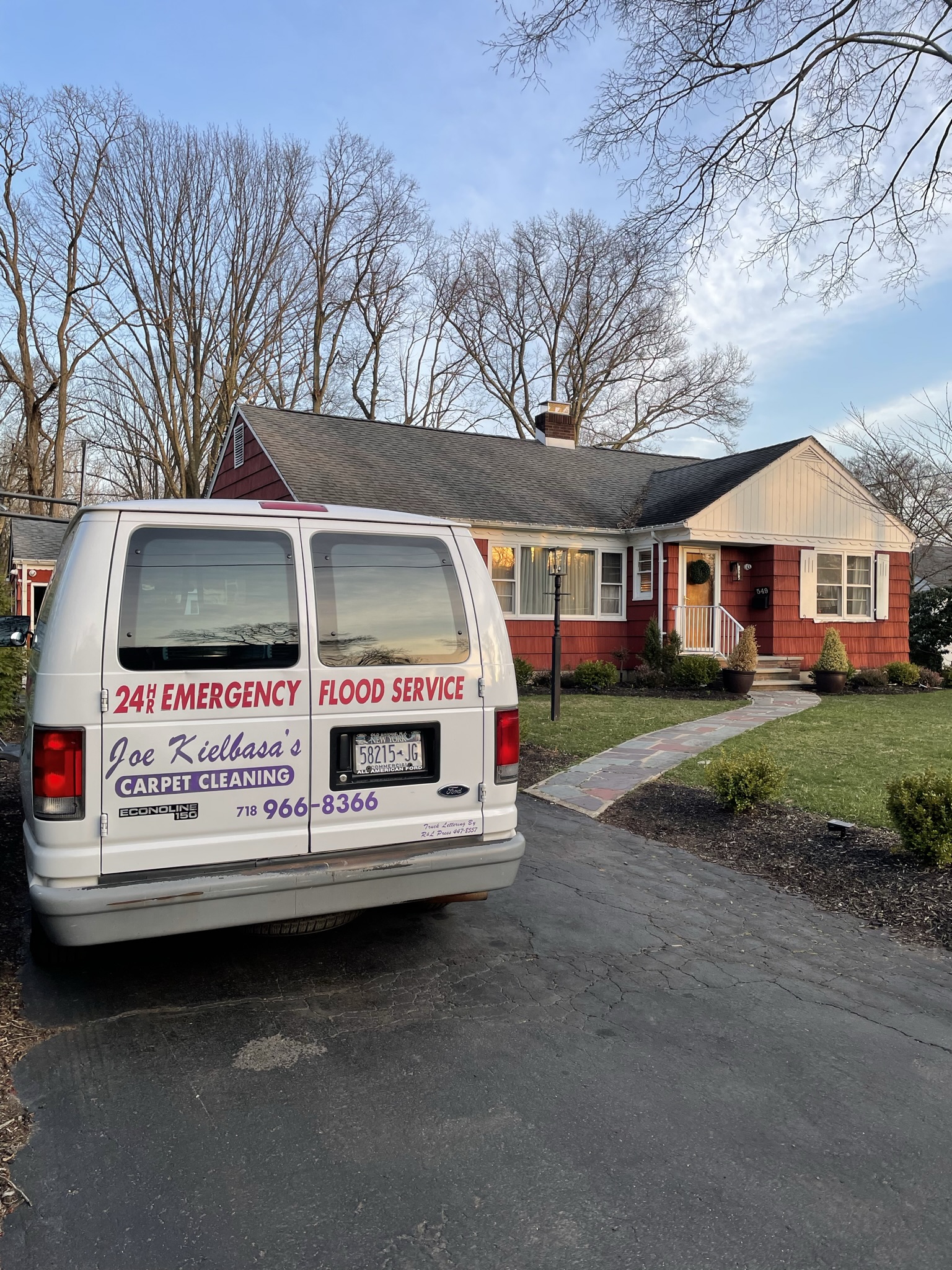 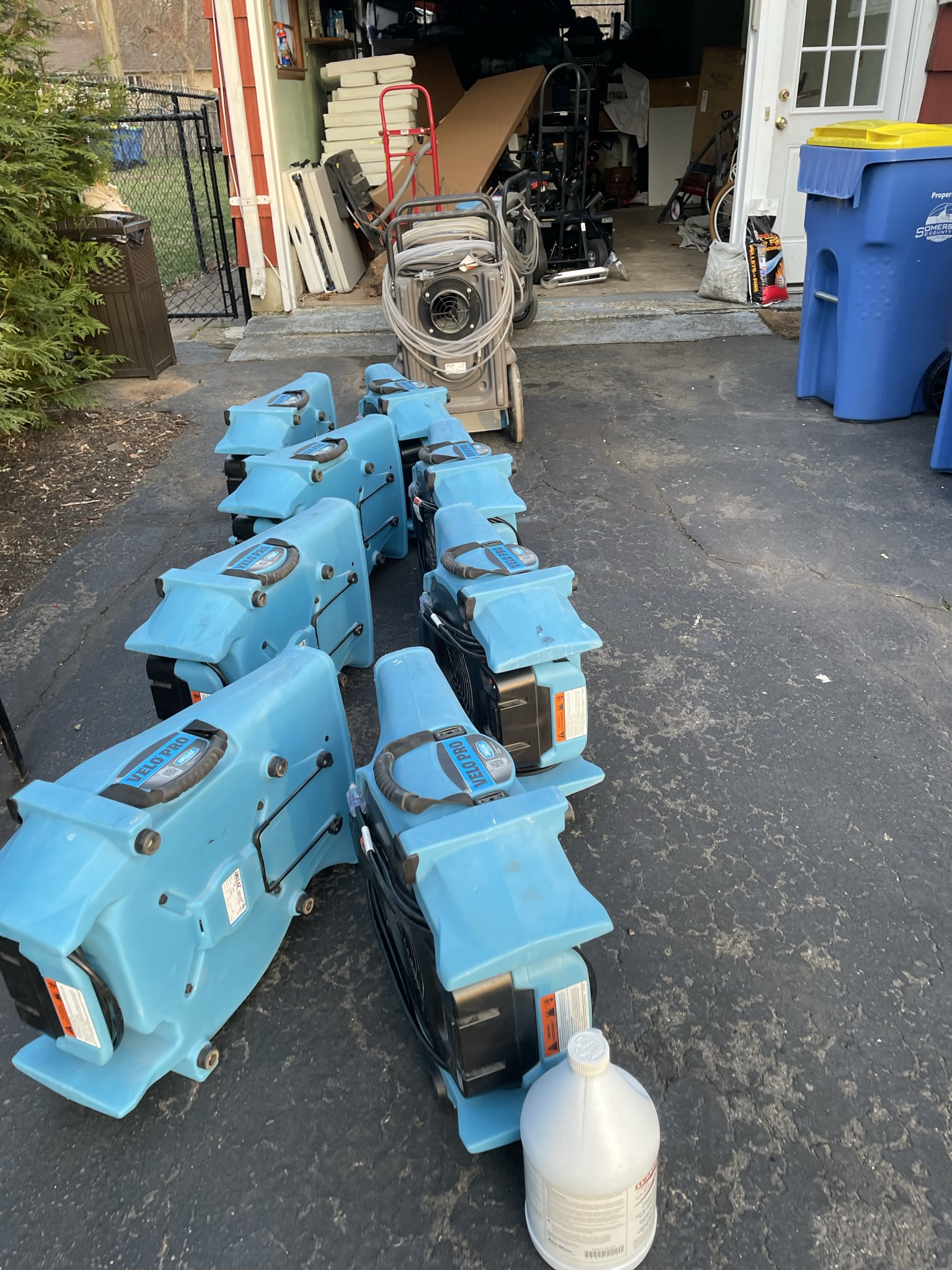