Alan S. From Manalapan  New Jersey in Monmouth County New Jersey called after his son went down in the basement to get something, found the basement was flooded & told his father. The sump pump was the original one from when the house was built. It failed to pump out during the last heavy rain. We set up a temporary Sump pump & with our HVE High Volume Extractor removed the remaining puddles of water. The basement or cellar had a concrete floor and was unfinished, used for storage & utilities. We set up commercial dryers & dehumidifiers in order to remove the very dangerous high levels of humidity that had built up and dry the concrete slab in order to prevent any secondary water damage to the structure of the house. 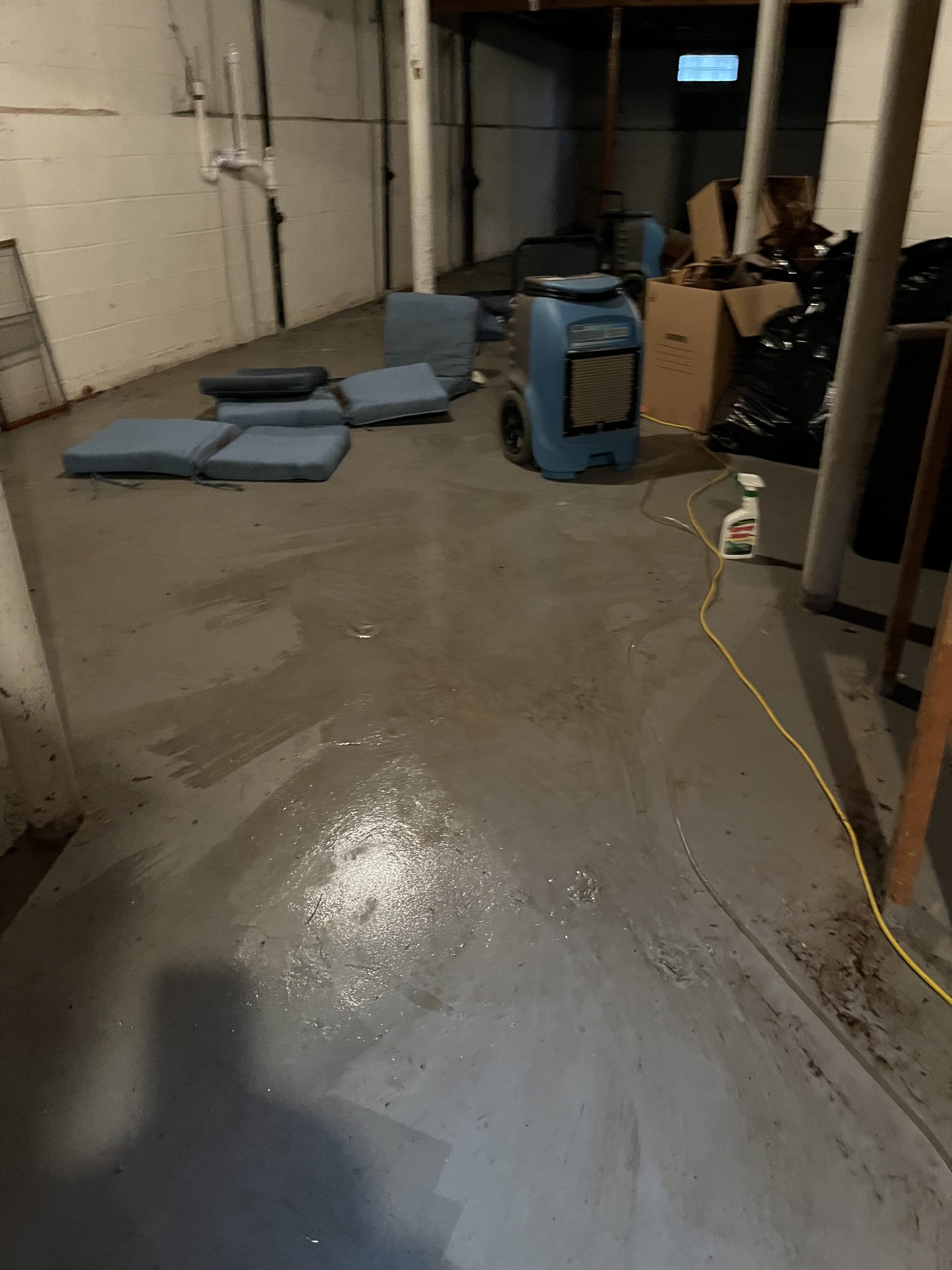 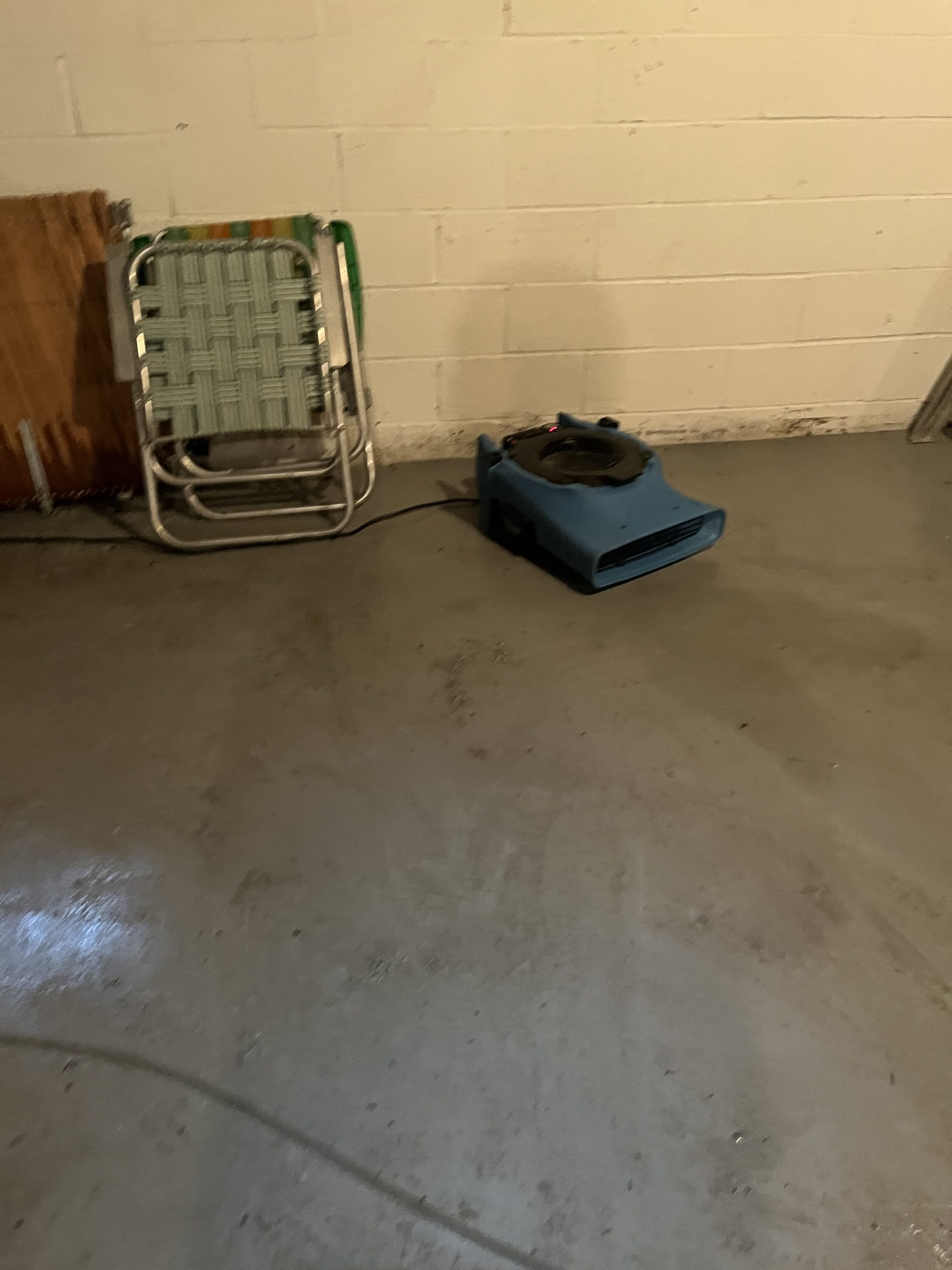 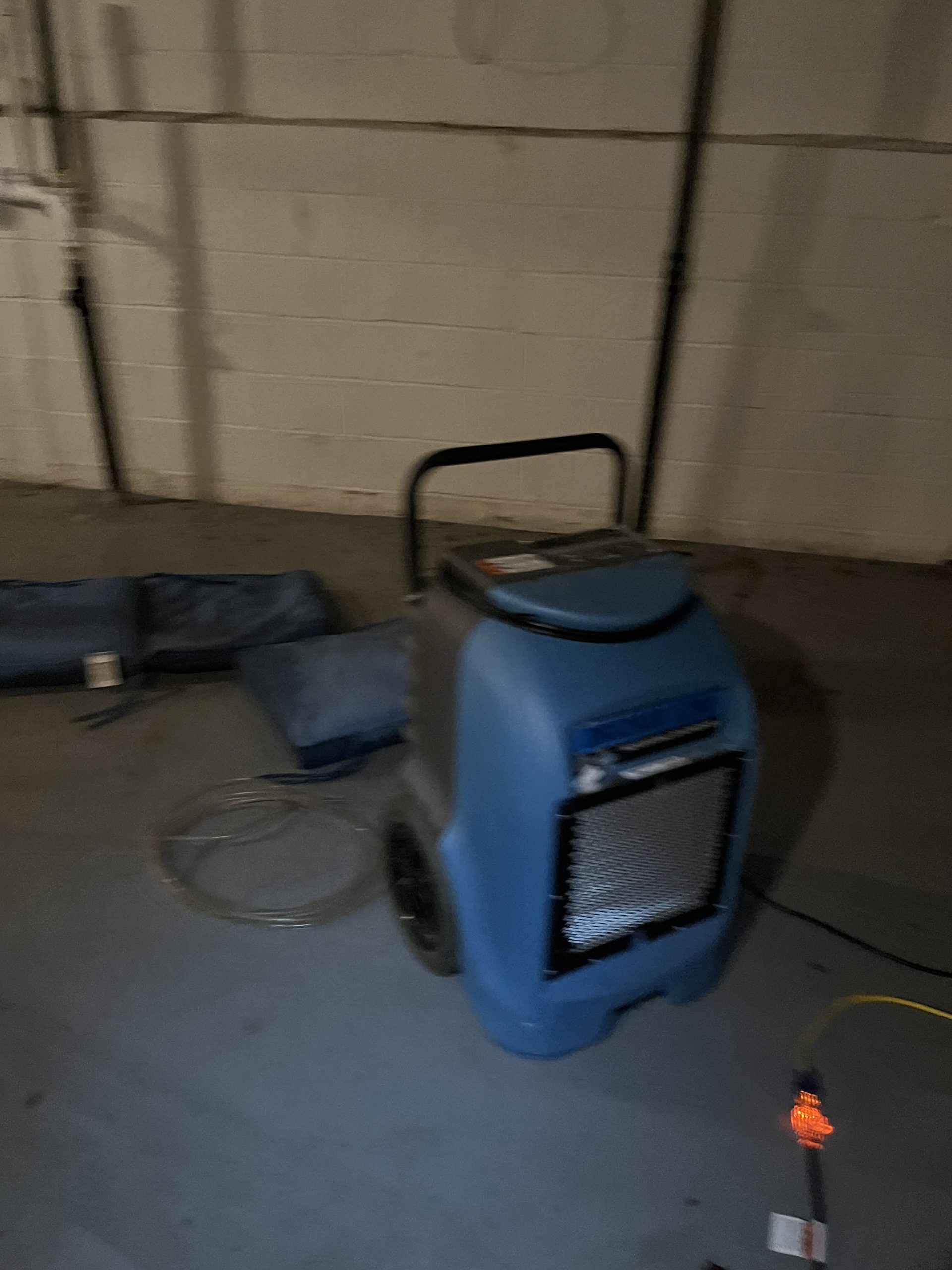 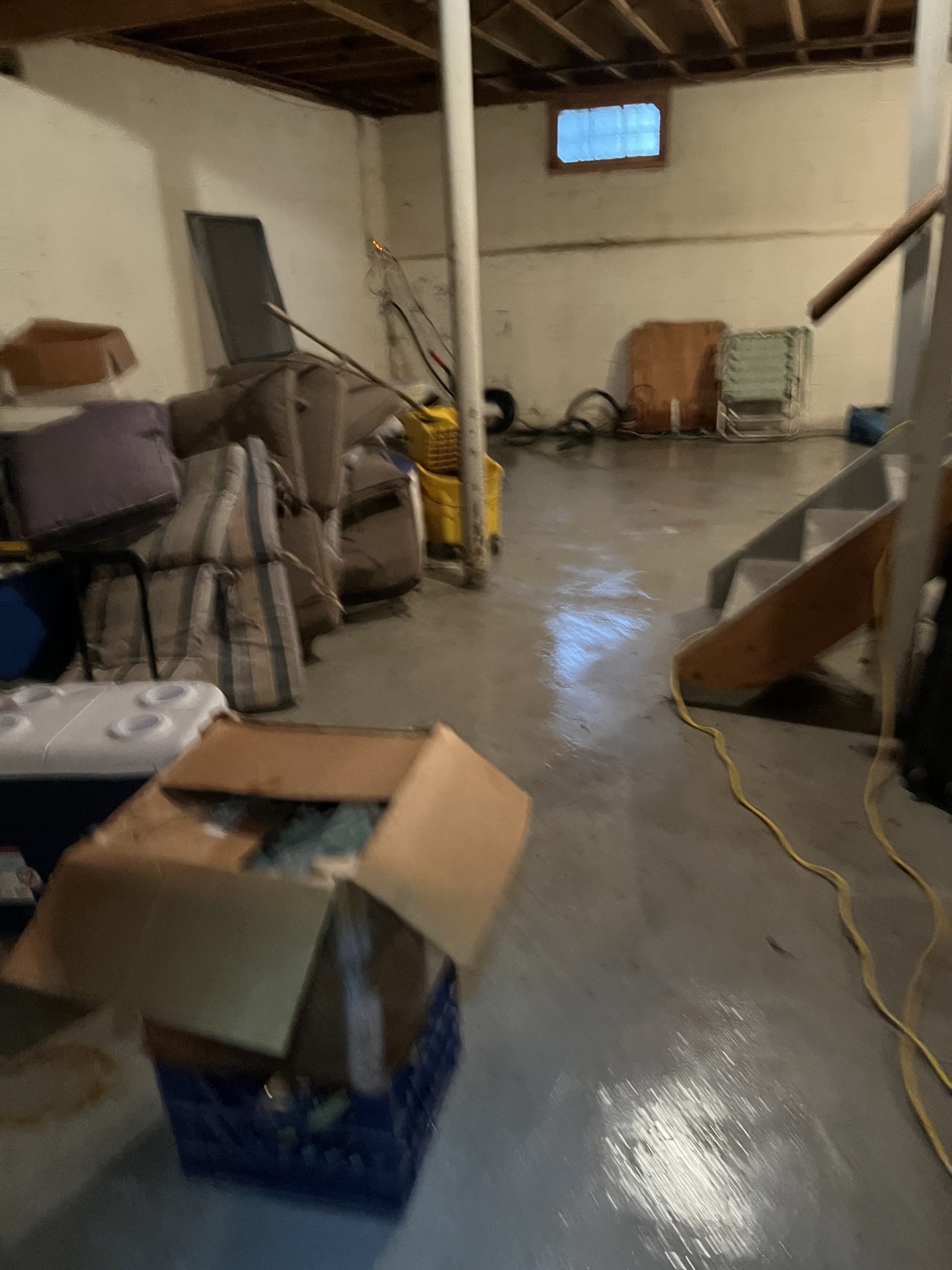